The incredible Crown The Empire is going to get metalheads bouncing on Wednesday 22nd June 2022 when they bring their phenomenal music to the Gramercy Theatre in New York City, New York. This marks the best chance for you metalheads to catch Crown The Empire live on one of the most infamous metal tours of 2022. Even now, fans are getting on social media to talk about the pulsating sounds and heart pounding lyrics that will shake you to your soul. Crown The Empire is, according to some critics and fans, the hardest-hitting metal band in the country and this one-night-only show will make New York City the place to be. So don’t delay! Book your tickets soon before they run out! 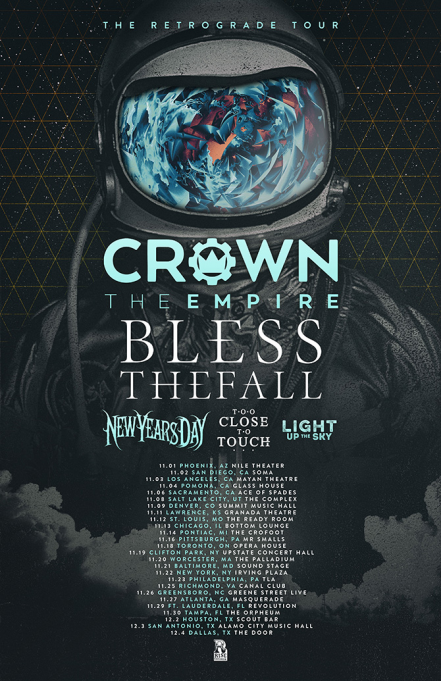 If you’re looking for a mind-blowing metal experience this June – might be good to know that Gramercy Theatre has a pretty clear idea what a true headbanger wants and needs. The highlight in the iconic venue’s program will undoubtedly be Crown The Empire, who will blow the patrons minds away with an unrivalled show on stage. But the good news doesn't end here. The hosts will play their part in delivering the most refined night of entertainment with all the gems each ticket comes with. Just a few of them include the loudest sound system, flawlessly crafted acoustics delivering the sound directly to your bloodstream, and a fully stocked bar with refreshments where you can regain your strengths. Speaking of strengths, might be good to know you can also take advantage of the top-class restaurants nearby, and check out the tantalizing menus they offer. So hit the Buy Ticket button, pack your friends into the car and make the most of your Wednesday night out!